John Swarbrick – Founder JS Yachts talks about the artistry of yacht design and provides a glimpse into his new dinghy designs.

John Swarbrick comes from a family of yacht builders, who, under his father, Harley Swarbrick’s management, Swarbrick Bros became the largest builder of production yachts in Australia. The company was known for building seaworthy yachts that are easy to sail short handed which is why so many of their yachts made records for single-handed sailing.

John’s focus in the last few years has been to draw upon his 50 years experience across a wide design palette to develop a range of smaller dinghies that are accessible and fun for all.

His expertise has resulted in the development of the signatory JS Yachts dinghy designs that marry the highest technology and well-engineered and ergonomically designed boats that can be sailed single handed by all age groups and levels of ability. His unique timeless design is minimalistic in its intelligent use of interchangeable sail plan configurations. 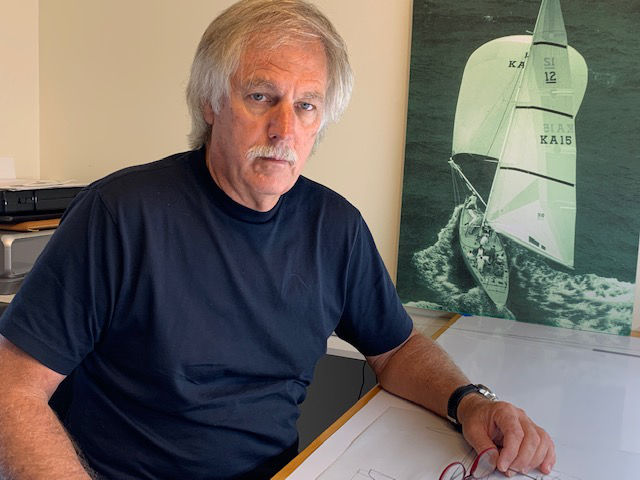 John Swarbrick has been designing yachts since the age of 16. He lives in Albany, Western Australia, where he designs and tests his boats in Princess Royal Harbour and King George Sound.

John is notably known for his America’s Cup designs of the Kookaburra series, the Whitbread 60 series and his signatory design style seen in the JS‑9000.

Kookaburra III wins the right to defend the America’s Cup.

Designed Tokio, a Whitbread 60 for Chris Dixon in his Volvo “Round the World” campaign.

JS-9000 – the design and release of the legendary yacht, which fast became popular with its distinctive style for which John’s designs have come to be known.

Get the latest updates and info on our products.